San Francisco is one of the world's most beautiful cities.  Many visitors combine a vacation to this northern California city with an ocean cruise.

The Port of San Francisco is the departure port for California coast cruises as well as cruises to the Mexican Riviera, Canada and Hawaii. In the spring and autumn, Transpacific and Panama Canal cruises are also available.

The port of San Francisco is conveniently located along the Embarcadero waterfront.

The Ferry Building is located at the corner of Market Street and The Embarcadero.

Taxis are available curbside on the Embarcadero, just past the exit of the cruise terminal. Approximate distances, duration and cost are indicated below.

Please note that travel time can be much higher during rush hour. 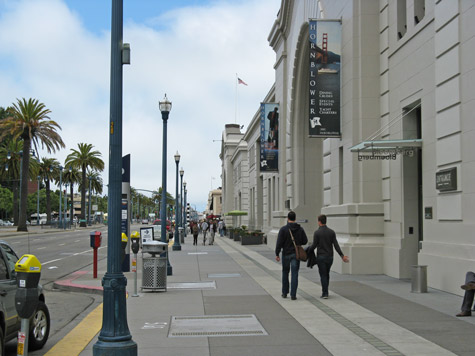 Other popular vacation destinations in California include Santa Barbara, San Diego and Hollywood.