The address of the cruise terminal is:

Many cruise lines provide shuttle service between the ship and downtown Boston for a fee.

The Boston Cruise Port is conveniently located on the MBTA Silver Line Bus Rapid Transit Service.  The closest bus stop is just one block from the terminal.

The SL2 line/route will take you from Drydock or Black Falcon Avenue to South Station where you can catch the metro.  A transit ticket costs $2.00.

The closest metro station to the cruise port is South Station which is on Boston's Red Line.

Cruise passengers can either take the MBTA' Sliver Line Bus Rapid Transit Service (SL2 Route) or a taxi from the cruise port to the metro station.

Your $2.00 transit ticket can be used to transfer from the bus to the metro at no extra cost.

There is a stop for the Boston Hop-on Hop-off bus located one block from the Boston Cruise Port.

The Boston Cruise Port is located just 10 minutes away from Boston's Logan Airport. 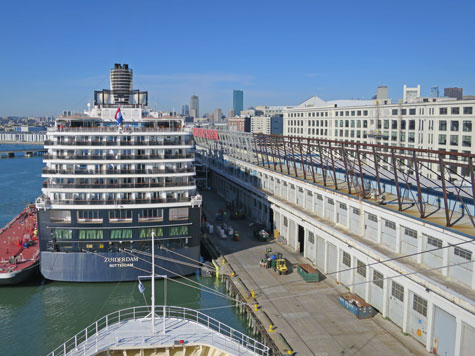 Top attractions in Boston are the following:

Average monthly temperatures and precipitation amounts are as follows:

Wifi access is available at most cafes and restaurants in Boston.