This city of Genoa (Genova Italia) is a beautiful city that has a rich maritime history and many beautiful buildings.

The Genoa Cruise Ship Terminal, which is called the Stazione Maritima in Italian, is conveniently located at the foot of the old city.  There is a tourist information office located nearby.

The port of Genoa is the home port and departure terminal for many MSC cruises. 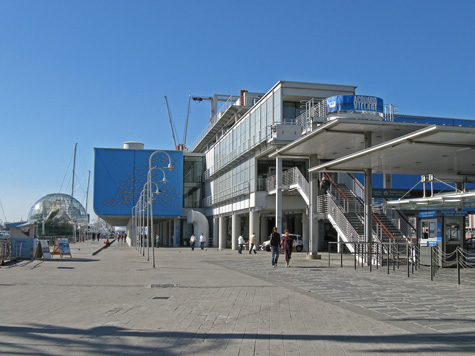 Unless you have difficulty walking, you should be able to access most of Genoa's top tourist destinations on foot.  A number of attractions can be found right at the Old Harbor.

There is a metro system in Genoa that connects the city centre with the suburbs.  A metro station is located near the Genoa cruise terminal.

Bus service operates from the cruise ship terminal into the city's commercial centre.

The central train station in Genoa is called the Genova P Principe.  It is quite a long walk from the cruise ship terminal.

Genoa Italy is a city of piazzas, fountains, churches and cathedrals.  Visitors will enjoy wonderful architecture in a picturesque maritime setting.  Top attractions in the community include the Genoa Cathedral, the Biosphere and Aquarium.

The city of Milan is located directly north of Genoa (Genova).  It is the second larges city in Italy after Rome.

If your Mediterranean cruise either begins or ends in Genoa, Milan is a great place to include in your travel itinerary.   Many cruise passengers find it convenient to catch a flight to Milan, spend a couple of days there and then catch a train south to Genoa.

The currency used throughout Italy is the Euro.

Average temperatures in Genoa by month are as follows: