Port of Victoria BC

Victoria is the capital city of British Columbia and a popular port-of-call for cruise ships.  The Victoria Cruise Port is located at Ogden Point which is approximately 1 km from the city centre.

Cruise passengers arriving in Victoria can exit the port, walk east along Dallas Road oceanfront to Beacon Hill Park.  After exploring the park, walk north through the park to the BC Legislative Buildings and the Inner Harbor.

Some cruise lines provide shuttle service to the city centre.

A taxi to the city centre costs approximated CDN $5.00 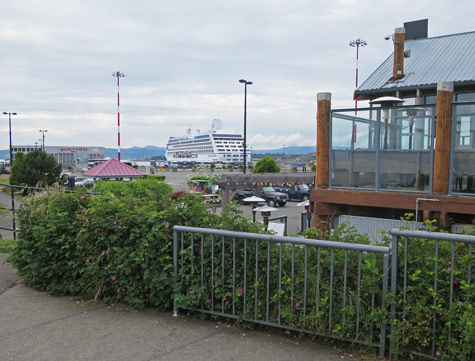 Top attractions in British Columbia's capital city are the following:

Map of the Victoria Cruise Port

View map of the Victoria BC Cruise Terminal.

The Canadian Dollar (CDN) is used in Canada.  It is worth approximately USD $0.75.

Weather in Victoria BC

Victoria BC enjoys a mild, maritime climate.   Spring flowers normally appear in the month of February.

Free Internet access is available at McDonalds' restaurants and other fast food outlets in the city.