The cruise terminal in Quebec City is officially called the Ross Gaudrault Cruise Terminal.  It is conveniently located at the foot of Old Quebec.

The terminal, which is called "Terminal de Croisiere" in French, is accessible by taxi, foot or public transit.  Most cruise ships dock at Wharf 22 or 30.  Occasionally, Wharf 103 and adjacent docks are used.

Bus maps, schedules and fares are available at https://www.rtcquebec.ca/.

A funicular train transports pedestrians between Rue du Petit Champlain in the lower town (where the cruise terminals are located) and the Chateau Frontenac hotel in the Upper Town.

A ferry service operates between Quebec City and Levis Quebec.  It is called the Traverse Quebec-Levis. 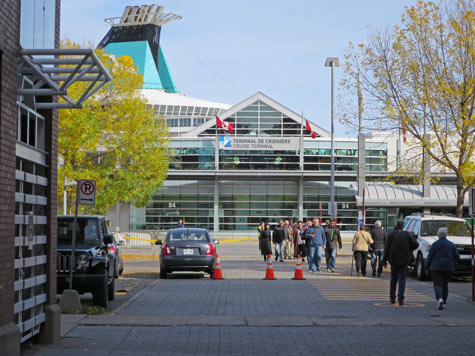 Top attractions in Quebec City include the following:

The Canadian dollar is used in Quebec and across Canada.  Some merchants will accept US dollars.

There are four distinct seasons in Quebec City.  The cruise season begins in April or May and ends in November.

Free Wifi service is available at the main cruise terminal.