The Sydney cruise terminal is conveniently located in the heart of Sydney NS.

Please note that the terminal can handle only one large ship.  Additional ships must anchor in the harbor and passengers are tendered to port.

Due to the location of the port, a shuttle is not required. 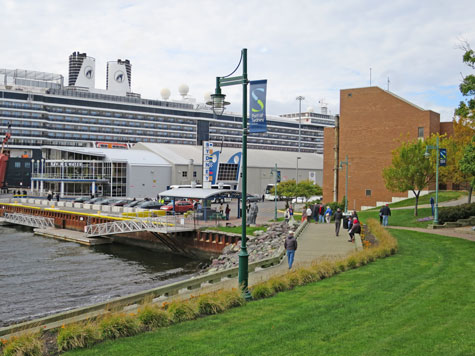 Sydney has as small historic district that surrounds an esplanade.  It was founded by United Empire Loyalists fleeing the American Revolution.

Points of interest in Sydney include:

This is the oldest fortress in North America.

The Canadian dollar is used in Nova Scotia and throughout Canada.  US currency is accepted by some retailers and restaurants.

Average monthly temperatures (celcius) and precipitation amounts received in Sydney are as follows:

Free Wifi is available at many local cafes and restaurants.