The town of Picton is located on the northern tip of New Zealand's South Island.

Smaller vessels are able to dock at Waitohi Wharf on Picton Harbour (near the ferry terminal).  It is called Port Marlborough.

A free shuttle bus service transports passengers between the wharf and the Picton town centre.  Passengers are not permitted to walk from the cruise ship. 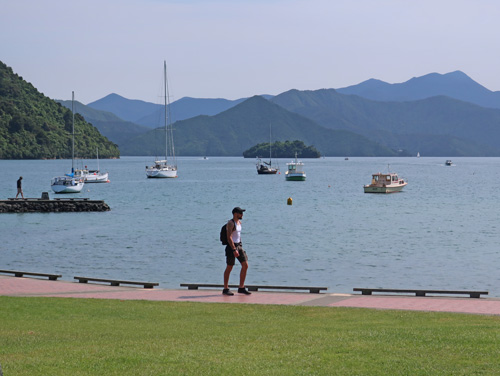 Attractions in Picton include a picturesque waterfront park and beach.  The town also has a museum, aquarium, gift shops and art galleries.

Craft fairs are often held at the waterfront park.

Map of the Picton Cruise Port

Average daily temperatures by month in Picton are as follows: