There are two cruise terminals in Amsterdam:

The cruise terminal in downtown Amsterdam is called Passenger Terminal Amsterdam.  It is conveniently located in just a short walk east of Amsterdam Centraal Station.

Felison Terminal is located at the entrance to the North Sea. Visit www.felisonterminal.nl for a list of ships docking at this terminal

Visitors to Amsterdam can purchase single or multi-day passes on the Amsterdam Hop-on Hop-off Bus and/or Boat.  Prices start from about 20 euro for a one day pass on the hop-on bus only. 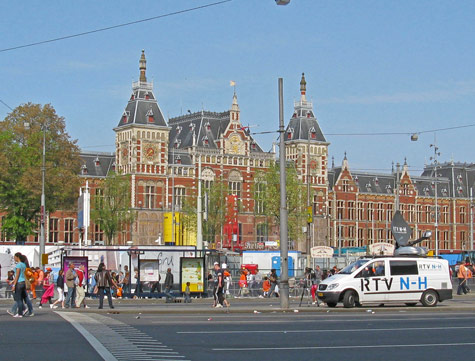 Popular attractions in Amsterdam include:

The picturesque town of Haarlem is located directly west of Amsterdam.  Located near the Amsterdam Schiphol Airport, it is a good place to stay if your cruise is departing from Felison Cruise Terminal.

Map of Felison Terminal (in IJmuiden)

The official currency in the Netherlands is the euro.

Average daily temperatures in celcius are as follows: